The project “Promoting integrity & Anti-corruption in Ukraine” aims to increase practices of good governance and rule of law in Ukrainian public institutions, with a special focus on integrity, transparency, accountability and anti-corruption. The project aims to do this by capacity development of two key institutions in the promotion of integrity and anti-corruption in the civil service of Ukraine: the National Agency of Ukraine on Civil Service (NAUCS) and the National Agency for Corruption Prevention (NACP). The project is funded by the MATRA-programme of the Netherlands’ Ministry of Foreign Affairs, and implemented by The Hague Academy for Local Governance, in cooperation with experts from the Netherlands’ Ministry of Home Affairs, the National Court of Audit, and the House of the Whistleblowers.

As part of this project, we developed four online training modules – 5 hours learning in total.

It was important to ensure the training is very hands-on and practical – with many examples from the target group’s typical workplace. We helped extensively with scripting the materials alongside the subject matter experts, including scenarios and other learning resources.

We developed the modules in Articulate Rise, with many Articulate Storyline and Vyond components to ensure the modules are interactive and engaging. This also allowed us to add narrated sections – while maintaining one uniform style throughout. We also used Vyond to integrate dynamic infographics to explain key concepts.

We initially developed an English version, which was then translated into Ukrainian. We used Voice123 to find excellent Ukrainian voice talents to narrate the Storyline/Vyond components. The Hague Academy is now also using (parts of) the English version in other projects. The modules were developed in such a way to allow for such flexible use.

The modules are SCORM compliant and are shared on several Ukrainian government LMSs.

Here are a couple of screenshots… 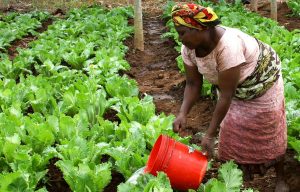